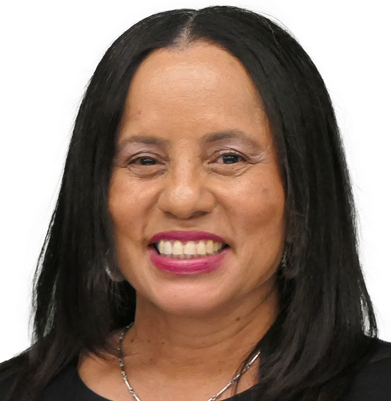 A Hospitality career professional, Bianca graduated from the University of Massachusetts at Amherst with a Bachelor of Science degree in Hotel, Restaurant and Travel Administration, having completed her  internship at the Intercontinental Hotel in New York City.

With a career spanning thirty-two years, she has held positions including Assistant Manager of Petit St. Vincent Resort, General Manager of the Plantation House Hotel, Bequia and Assistant Manager of the Camelot Inn, St. Vincent. She is currently General Manager of Young Island Resort, a position which she has held for the past twenty-two years. She views Young Island becoming benchmarked for Green Globe 21 as one of her greatest achievements and the Resort continues to embrace several environmental initiatives as part of its operation. In addition, the award of a 71,000 Euros, European Union funded D.A.G.S Grant to Young Island in 2018 was a great source of pride for her.

Since 1995, Bianca has been actively involved with the St. Vincent & the Grenadines Hotel & Tourism Association serving in different capacities including Director for Resorts, Vice President and President. She currently sits on the S.V.G.H.T.A’s Board as Director for Resorts.  In her earlier years, she received the Association’s ‘Rising Star’ award and in 2018, the Association presented her with the ‘Hotelier of the Year’ award at the Ministry of Tourism and S.V.G. Tourism Authority’s annual Tourism Awards Ceremony. As part of her professional development, she completed the General Manager’s Programme at Cornell University and she is also an American Hotel and Lodging Association Certified Hospitality Departmental trainer.   She served on the government’s Tourism Education Task Force, is a past committee member of the STATVET (Stabex, Technical, Vocational and Educational Training) Tourism Advisory Group and a former member of the Small Tourism Enterprises Project National Working Group.  She also facilitated Tourism Awareness school presentations at both the primary and the secondary levels in St. Vincent and the Grenadines. Bianca participated in environmental training including a Green Hotel Management Conference in Estoril, Portugal and a Water and Conservation Techniques and Procedures workshop in Barbados.  She has also attended O.A.S Small Hotels Conferences in Antigua, Costa Rica and Ecuador. During her career, she has attended a variety of travel/trade shows and hotel road shows in North America and the United States. From its inception in 2009, she was appointed as a Director on the Board of the St. Vincent & the Grenadines Tourism Authority and since 2013 she has served as its Chairperson.

Bianca enjoys traveling, reading and meeting and interacting with people of different cultures and nationalities. A nature lover, at times she can also be seen practicing her gardening skills at Young Island. She is always keen to learn and participate in training as she strongly advocates professional development at all levels.  Having volunteered hundreds of hours of her time in the United States, she not only believes in volunteerism but also in mentoring young people.

Furthermore, she views Sustainable Tourism as an important factor in the meaningful development of St. Vincent & the Grenadines’ tourism product. She is passionate about her country’s tourism product and is committed to working towards making a positive contribution to ensure that the destination develops to world-class status while maintaining its authenticity.

All session by Bianca Porter