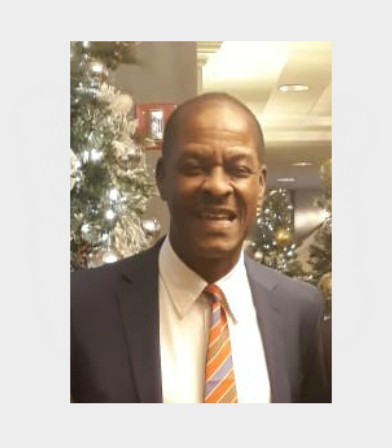 Born in St. Vincent and the Grenadines, he migrated to the UK at the age of three (3) to rejoin his parents in Highbury Islington, London. He was a Boy Scout and Queens Scout and would have been in a troop contingent which met Prince Charles when Jerrol was only 12 years old.

Dr. Thompson returned to St. Vincent for the latter part of his secondary schooling but again returned to England initially working at University College Hospital in London in the Virology lab and later as a Medical Student at the North Middlesex Hospital and Royal Hammersmith Hospitals.

After migrating to the USA in 1984, Jerrol graduated as a Medical Doctor firstly in Internal Medicine. He specialized in Allergy, Immunology and Infectious Diseases. He completed a joint Masters in Public Health (MPH) and Business Administration (MBA) at Columbia University.

He established a large Private Medical practice in New York and traveled to Kenya and Nigeria in the treatment of HIV-AIDS patients.

Dr. Thompson returned to St. Vincent in 1999 and became an elected parliamentarian in 2001 as the Minister of Telecommunications Science, Technology and Industry with responsibilities for Renewable Energy. Dr. Thompson in 2013 assumed Chairmanship of the Prospect, Brighton Salt Pond Mangrove Conservation Foundation with a focus primarily on conservation of coastal forest, wild flowers and wildlife in St. Vincent and the Grenadines.

Dr. Thompson is currently the Chief Executive Officer (CEO) of the Medicinal Cannabis Authority in St Vincent and the Grenadines.

All session by Dr. Jerrol Thompson