Ambassador and Permanent Representative of Barbados to the United Nations 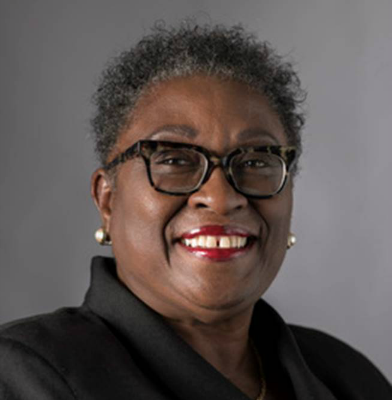 Ambassador and Permanent Representative of Barbados to the United Nations

Liz Thompson is a Barbadian who has worked in development policy for nearly 25 years. She is currently Barbados’ Ambassador to the United Nations. She has previously served in a number of professional roles including as an elected Member of Parliament from 1994 to 2008 and as Minister of Government during this period.  At various times, she held the portfolios of Energy and Environment, Housing and Lands, Physical Development and Planning, and Health.  Ms. Thompson also led Minority business in the Barbados Senate from 2008 to 2010.

From 2010 to 2012 she served as Assistant Secretary General of the United Nations, with specific responsibility as one of two Executive Coordinators of the Rio+20 Conference on Sustainable Development.  In this role she also developed the highly successful Higher Education Sustainability Initiative (HESI).  Thereafter, she was engaged in a number of advisory roles within the UN system, including on the transition from the MDGs to the SDGs, in the Office of the UN Secretary General, UNDP, the President of the General Assembly and on the Secretary General’s global energy initiative, Sustainable Energy for All (SE4ALL).

Liz has considerable experience in national and international policy and negotiations, including with international financial institutions and within the UN system and processes.  As a minister she led major policy initiatives in Barbados such as the island’s national sustainable development, green economy, sustainable energy policies and the greening of government facilities.  Her professional engagements have included consultancy in the Caribbean and internationally, to private sector entities, governments and UN agencies.

Liz has lectured and spoken in many countries and at universities such as Harvard, Yale, Colombia, the Universities of North Carolina, Waterloo and the West Indies on a number of issues in development, environment and energy.  She has authored several papers and articles on these themes and is the co-author of two books on sustainable development published in 2014.  She is certified in negotiations, alternative dispute resolution and arbitration, is an attorney at law (LLB and LEC) from the University of the West Indies and holds two Masters degrees, a general MBA with distinction from the University of Liverpool and an LLM in energy law, with minors in the law and policy of renewable energy and environment, from the Robert Gordon University.