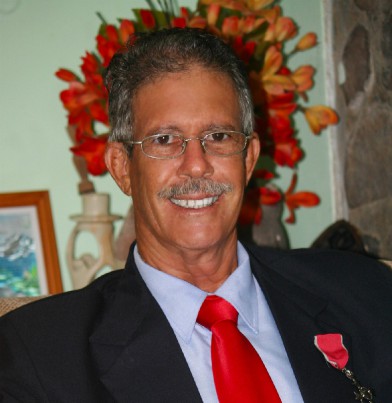 Herman Louis Belmar MBE, JP. is the Deputy Director of Grenadines Affairs, with special oversight of all Government activities and work programs in the Northern Grenadines since early January 2006 to present.

Mr. Belmar also has oversight of the SPACC Reverse Osmosis Desalination plant construction and operation since 2008. He was trained as a Desalination Plant Operator in 2011 and currently assists with the general maintenance of the desalination plant and pipelines at Paget Farm whenever necessary.

He was also the coordinator of the UNESCO Sandwatch Environmental program from 2000 to 2005.  Mr. Belmar is a retired teacher of Technical Vocational Education having worked in this field for 30 years with special responsibilities for Woodwork, Technical Drawing/Building Technology, Metalworking and Plumbing. He was also a Physical Education Instructor and Track Coach.

All session by Herman Belmar