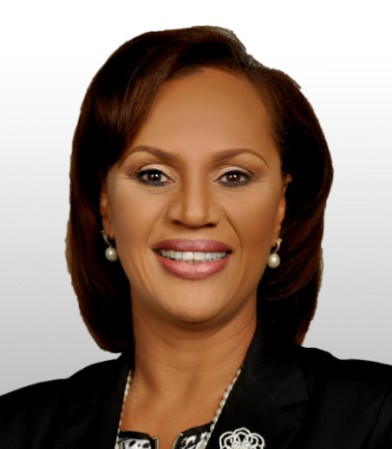 Mrs. Joy Jibrilu was appointed Director General of the Bahamas Ministry of Tourism in May, 2014.   Prior to this she served as the Director of Investments in the Bahamas Investment Authority, Office of the Prime Minister from July, 2008.  In this capacity, she was responsible for negotiating Heads of Agreements for the major touristic developments, including the $3 Billion Baha Mar resort.  Her career with the Government of The Bahamas began in 2005, where she worked in the former Ministry of Financial Services and Investments as a Consultant, followed by the Ministry of Finance where she worked as a Legal Advisor and for which her prime responsibility was working on International Agreements pertaining to Financial Services.

Prior to joining the Public Service of The Bahamas, Mrs. Jibrilu lived and worked in West Africa and England.

She received her early education in the United Kingdom and has attended tertiary institutions in Canada, France, England and the United States.  She is a Barrister (Attorney-at-Law) by profession, but is passionate about her country and its growth and development.

All session by Joy Jibrilu