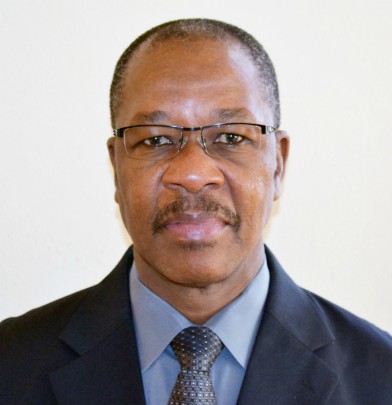 Mr. Thornley Myers is the Chief Executive Officer of St. Vincent Electricity Services Limited (VINLEC). He began his tenure at the Company in 1989 and rose through the ranks of the organization; has been serving in his current position since 2004.

Mr. Myers is an Electrical Engineer by training, having graduated from the Jose Antonio Echeverria Technological Institute of Higher Education (e.i. El Instituto Superior Jose Antonio Echeverria – ISPJAE) in Havana, Cuba, and the University of British Columbia in Vancouver, Canada.  He also received management training from the University of the West Indies (Centre for Management Development) from where he graduated in 1998.

Mr. Myers’ tenure as Chief Executive has been dominated by a disruptive period in the traditional utility business. This period is driven by high fuel prices, decarbonisation, and decentralisation of energy production. Over the past decade, Mr. Myers has been focused on redirecting VINLEC to this new reality by increasing the company’s renewable energy production installations, assisting and facilitating customers in the production of renewable energy (i.e. as part of the decentralisation of energy production), providing energy conservation advise, and finally, taking greater energy efficiency initiatives. Through these efforts and in communication with customers, Mr. Myers’ mission is to successfully steer VINLEC through this period which he anticipates will lead to increased efficiency and create a winning environment for all stakeholders.

Mr. Myers has been a Board Member of the Caribbean Electric Utility Services Corporation (CARILEC), and served as Chairman from 2013-2016.

All session by Thornley Myers